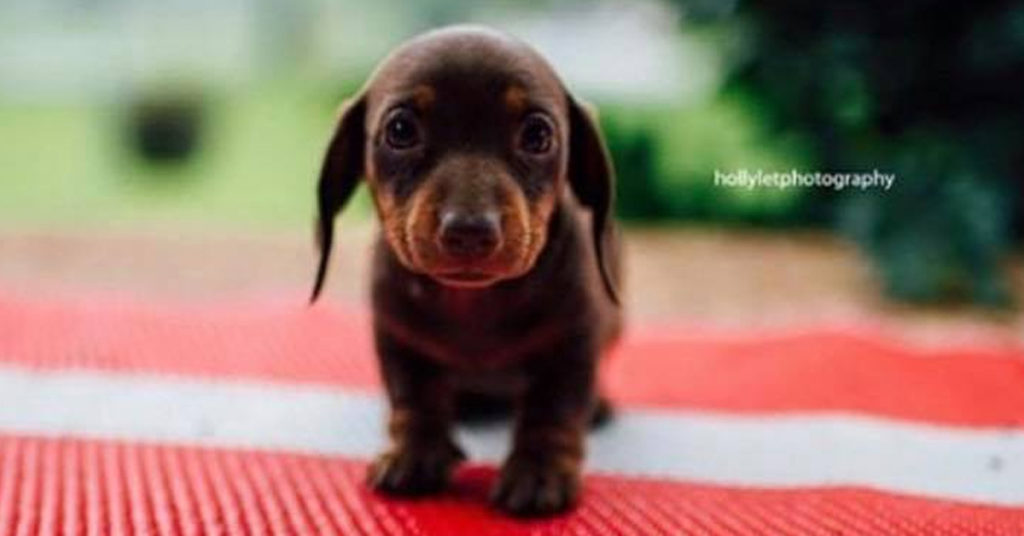 A lover you may not need however a dachshund is a must-have because these four-legged friends are the most loyal to the human. You have to love and care for your dachshund in order to keep a good friendship between you and your doxie dog.

Below is a collection that your cute sausage dog would like to send to you via his actions and understand more about your dachshund.

1. Communicating via the eyes.

Researchers from Japan found that when a puppy looks at you with a normal face and that means he is satisfied. The research also said that Oxytocin (the love hormone) would be increased quickly when the dogs look their owner.

2. Bringing everything to you

Generally, a dachshund will bring a toy or what he likes to a side playing along. But, if the dog brings some things and give them to you, that means the he loves you and he would like to give you a gift.

3. Lifting one leg up

When your cute dachshund looks at one thing and lifts his leg up. Don’t think that he is going to pee. Actually he is preparing to hunt an animal especially a bird.

When your dachshund bend down his head and try to keep his body look shrunk, this is a sign of a fear of a threat.

If your dachshund is trained, he may tear some stuffs in your house because he feels boring or he is afraid of being abandoned. If he still tears things even he is trained already, that means he is full of energy, you need to walk him or let him work out more.

6. Siting on your feet

There are many reasons your dachshund can do this. If he is worried about separation, this is a common way to try to comfort himself by being closer to you. If he envies another dogs, your dachshund would like to show that you are for him only.

If not above, your puppy probably just wants to be around you.

Dachshunds don’t just yawn when they are tired, they can also do the same when they are stressed or feared. If your dachshund yawns around strangers, it is a sign that he does not dislike and feels uncomfortable with him.

If your dachshund relies on you, it means he is wanting to get your attention, cuddle and show affection to you. This action can also help the dog feel safer.

When the dachshund’s tongue extends out of the mouth and withdraws immediately, this is often a sign of discomfort, or an unwanted stranger making him worry.

10. Wanting to sleep beside you

Not only the dachshund likes to sleep on your bed, but he also wants to be close to you. There are conflicting opinions about whether letting dogs sleep beside you or not, most veterinarians don’t see any danger unless you are allergic to pets or asthma.

11. Calmly staring at you when you leave the house

If your dachshund silently observes you when you leave the house, this is a good sign. If not, if he has a feeling of separation, anxiety and he can destroy furniture or howling in the house when you go out.