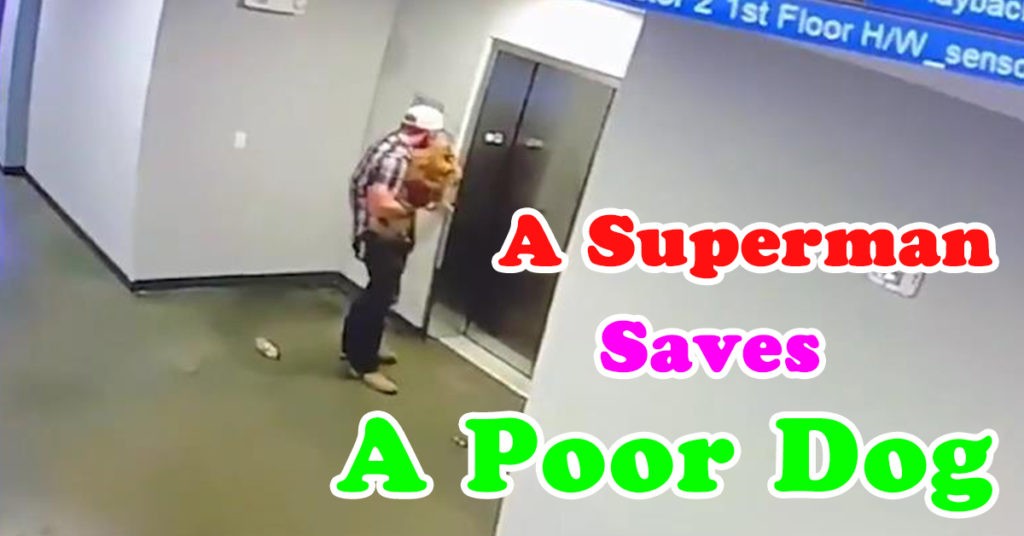 In Houston, A man named Johnny Mathis leaps into action to rescue a dog of another woman on December 09, 2019.

A man in Houston, US has quickly saves a dog of another woman (maybe his neighbor) after leash of the dog was caught in an elevator.

The camera captured that Johnny Mathis getting out from the elevator at his apartment complex in Houston, US. When the woman entered the elevator however her dog, which was on a long leash couldn’t follow her before the doors closed.

Found that the dog would get dangerous, Johnny Mathis leapt into action, hold the dog from the leash as the lift ascended.

Y’all I’m shaking!!! I just saved a dog on a leash that didn’t make it onto the elevator with the owner before the door closed! I just happened to turn around as the door closed and it started to lift off the ground I got the leash off in time😭😭

Johnny Mathis told that: “When she got on I was looking at the dog because that’s a lovely dog. I found that the leash was long but I didn’t think it wasn’t going to make it stuck in the elevator or anything.”

“Instinct just kicked in. I leapt into action, grabbed the leash. There was much fur and that is why it took me a bit to get that lever off of the collar and when I did, I let go, you could see that leash just shoot off to the top of the elevator.”

Johnny Mathis wrote on Twitter that the dog’s owner “started screaming right after the door closed and was bawling her eyes out when it came back down, she thought the worst poor thing”.

“I am thankful I was there on time to save the dog” Mathis said.

This could have been a lot worse but thankfully I could help. I’m glad it ended the way it did, truly. All this attention wasn’t my intention but I hope awareness to situations like this are brought to everyone’s attention. It could happen to anyone. A second is all it takes.