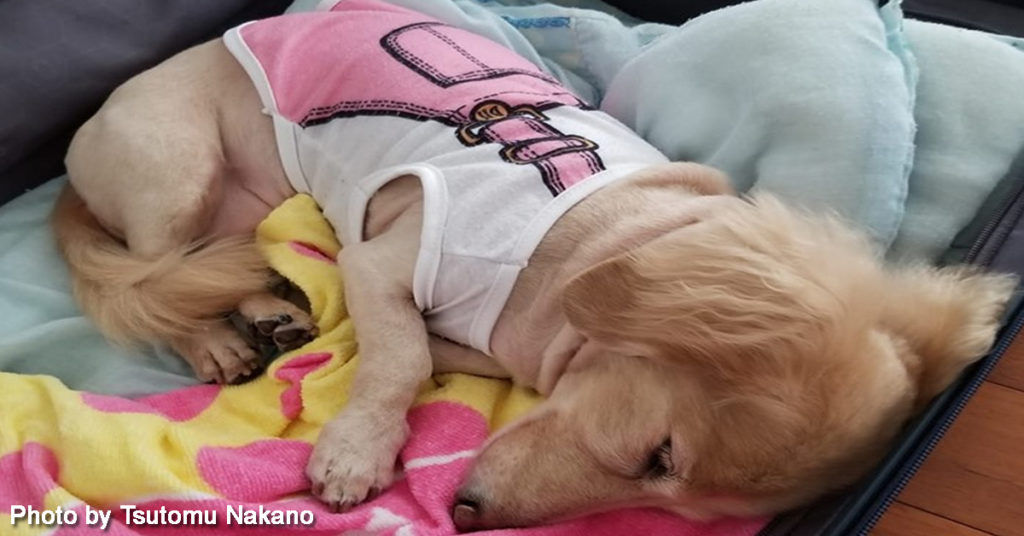 Do you think that you already understand your dachshunds? If you own a dachshund, I want to congratulate you that you have an extremely royal friend. However, there is a separation between you and your dachshunds, that is language, so sometimes you can’t understand what your dogs do and what they want.

Do not worry much because I will reveal the secret of strange actions that your dachshund puppies often do so that you can understand them better.

Do you know? Yawning is contagious between dachshunds and their owners. A study on Biology Letter said that this “yawn spread” is awesome.

Your dachshunds yawn with you because they want to share sleepiness with you. Besides, it means the dogs also have the ability to understand and empathize with your emotions.

A University in Helsinki had come up with a study that said dogs are able to recognize when their owners get angry. Even, they also cry when babies cry.

2. Turning head away when they are hugged by you.

Do you recognize that your dachshunds always turn their heads away once you hug them? The reason is that the dogs will never cooperate with you if you want to do selfie with them.

Dachshunds really want to be cared by their owners, however they don’t like being hugged. According to animal behavioral researcher Julie Hecht, there are three clear signs that you can see when your dachshunds are stressed: Turn away, get goggle-eyed and finally drop their ears.

However, there will be exceptions. Some dachshund puppies will get extremely excited when they are hugged by their owners. If there is a stranger hugging them, they will feel no pleasure.

One day, if you want to be close to a cute dachshund puppy in a park and he doesn’t seem to cooperate, try scratching his belly, he may feel in love with you.

You will be surprised if you know that the longer your dachshund glaring at you, the more love he wants to give to you.

Researches showed that when dachshunds start at an object and it showed that they were interested in that thing. Even when you show your dachshunds pictures of other dogs, their facial expressions are also consistent with the pictures.

In other words, they are copying your expression. When you laugh, they will be happy; When you cry, they will get a sad emotion. What a great friend!

“The boss is falling in love right? No problem, I’m here, I don’t leave you master.”

4. Sniffing at your acquaintances continuously.

Like other dogs, dachshunds collect a lot of information based on the scents around them. Researches showed that they seem to like the scent of their owner’s acquaintances and it depended on the intimacy and frequency of meetings.

The researchers scanned brains of participating dogs. They let them sniff some different scents: dog scent, acquaintances scent, strangers scent, scent of other dogs which they knew and scent of a strange dog.

The results showed that if the dogs contacted with the scent of a familiar person, the brain region which creates a “rewarded” feeling increased. It means how important that person is in the life of the dog.

5. Hiding behind your legs.

If your dachshund puppy suddenly hides behind your legs and has sad eyes, they may be scared.

“Master, save me! The other cat looks witty!”

Behavior researchers said that dachshunds are only animals that respond to humans like children. Unlike other animal, dachshunds tend to run to their owners looking for allies when they feel scared.

If you know other strange actions of your dachshunds, please comment below.