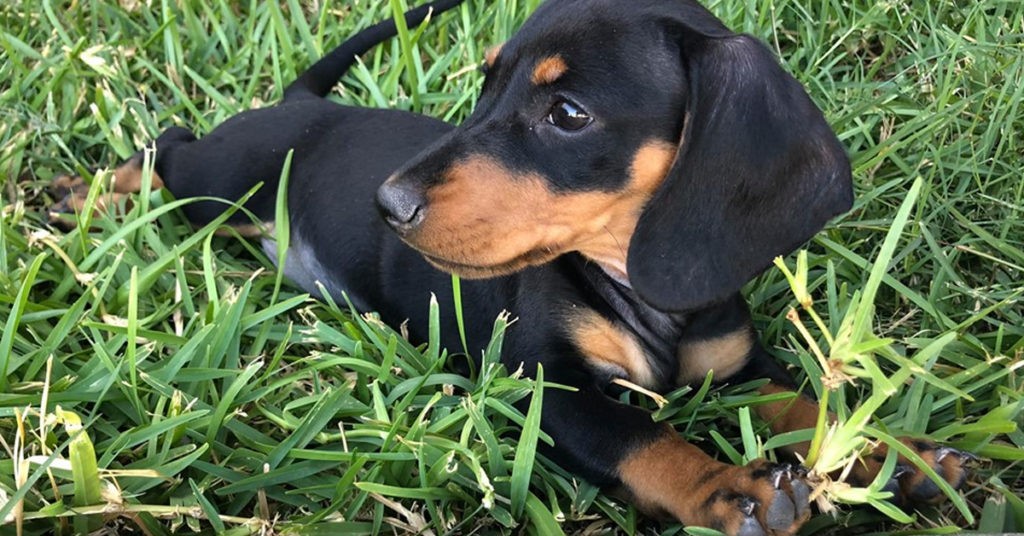 Have you ever wondered why your dachshund loves rolling around on the lawn? Everyone seems to think this is a weird game for dogs, but actually, this behavior is very normal in the dog world. The following are the 4 most common reasons that researchers explain for the behavior.

1. Instinct is inherited from hunting dogs

The wolf is a distant relative of the domestic dog, some behavior of the wolf that resembles the dog. According to Pat Goodmann (researcher and manager of the Wolf Park in Indiana), when a wolf smells a strange smell, he begins to smell and then rolls back and forth on that scent, letting the strange smell reverberate on his entire body (especially around the face and neck area). When this wolf returned to the pack, its friends received a new scent by sniffing the scent very carefully. At Wolf Park, Goodmann and his colleagues observed a few examples of wolves following scents to find their hosts.

A dog has more than 220 million olfactory organs in the nose (while humans only have about 5 million olfactory organs), so they will have more sensitive olfactory than humans. The scents that we love such as shampoos, perfumes, etc. are not pleasant for your puppy. Therefore, when they smell these odors, dachshunds tend to want to eliminate those irritating odors by rolling on the grass.

When using dog products with scents, try various pet shampoos and hair products until you find your dog’s favorite scent. If you can’t find the right smell, you can use unscented pet care products.

Sausage dogs that rolling around on the lawn can be a warning sign of a health problem that causes itching on the body. This symptom may be caused by skin allergies or insect stings. The owner should take the pet to the vet to see if the dog exhibits a lot of itching.

If you find that your dachshund is constantly rolling around on the lawn, this could be a sign of obsessive-compulsive disorder (a chronic psychological disorder, obsessive thoughts, worries with no good reason and to perform compulsive behaviors to reduce stress and anxiety.)

To overcome this situation, Professor Sofia Yin (veterinarian and animal behavior analyst) recommends that you should keep an eye on the dog’s olfactory stimulants and prevent him from rolling around constantly. On the other hand, the owner can set up fun games for the dog, and reward him for forgetting the bad habit.

In general, the act of rolling on the lawn is not dangerous to the dachshund, but the things hidden on the other lawn are dangerous for our pets. There are not only pesticides, toxic herbicides, insects that transmit intermediate disease, but also bacteria, viruses, and parasites. Therefore, the owner should keep an eye on the signs and pathologies in the dog to promptly prevent pathogens from happening on the lawn.